Sometimes a headline just doesn’t make any sense according to tradition, standards, or even what happened two weeks ago.

In Revelation 17:9, the angel speaks truth to John when the apostle is overwhelmed with sensationalized visuals, “This calls for a mind of wisdom…”. This provides a good reminder for today as well, when one is tempted to marvel at what is visible and cacophonous instead of underlying reality.

Therefore, cacophonous visuals by leftist “leaders” and their bullhorn, sycophantic media are nothing to marvel about and they are definitely not reality. All of it is theatre. Political theatre.

(I know, I know it is hard to believe. I was shocked also! My lesson in politically paid media theatre came with the Ferguson riots.)

So what is behind the new Soviet Style Washington DC circa January 14, 2021? We’ll call it SS for short.

See for yourself here and also here.

First, ask yourself this. What truths do we know from 2020 besides it being a horrendous year?

a) a presidential campaign year
b) one candidate literally campaigned from his basement
c) one candidate has run for President multiple times before and never made it to a party primary
d) one candidate did not place above #4 in the first 3 of his party’s 2020 primaries, but freakishly, most all fellow candidates dropped out before primary #4, escalating him to #1?  Even ahead of the very popular opponent #BernieSanders ???
e) one candidate could not draw a crowd of 100 people to ANY campaign event. Six, if lucky.
f) one candidate is being installed as president and regardless of letters a-e, leftist media claims he received more votes than any president in history? Say what?

All of these are true statements. Look anywhere on the web.

So why the illusion, the SS in Washington DC, etc.

It’s part of the fictional movie currently playing “Legit, Man!” that tells the tale of a legitimate election. The SS illusion is a sub-scene called “protect from violence.”  BTW, this scene was just rewritten. Only 2 weeks ago it was the “virtual inauguration to protect from super spreader” scene.

But the undeniably simple truth, i.e. the underlying reality, remains–especially as detailed in letter e above.

Therefore, the directors had to avoid, at all costs, a “what a total embarrassment scene”  or “what a truth revealing scene”.

Because neither would be a “carry-the-story-along” scene in the SS’s ongoing narrative. Both Blue Velvet and Tommy prove that kind of plot disaster!

Displaying a TRUTH visual of the overwhelming unpopularity of globalism, cronyism, big government, and the hologram they have chosen to lead the “free” world would play like baked beans from a pinball machine. 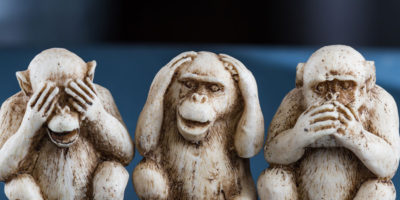 Why Doesn’t Rod Rosenstein Remove the Recusal Log From His Own Eye?

The Bible has a lot to say about underlying character flaws. Especially the kind that motivate perverse behavior. When communicating about these inner thoughts and attitudes, finding contemporary applications is notoriously difficult. After all these are sins shared by all people who have fallen short of the glory of God. Greed, dishonesty, judgmentalism, lack ofRead More 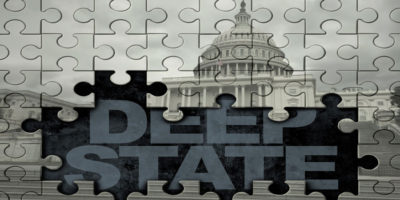 Links To Useful Websites And Articles Websites Government Accountability Institute – http://www.g-a-i.org Articles From Russia With Money: Hillary Clinton, the Russian Reset, and Cronyism A major technology transfer component of the Russian reset overseen by Hillary Clinton substantially enhanced the Russian military’s technological capabilities, according to both the FBI and the U.S. Army; a deal funnelingRead More