Main Menu
Home » News » The Sheol Flame » Satan On Soros’ Hades Delay: “Currently There Is Not A Place Hot Enough” 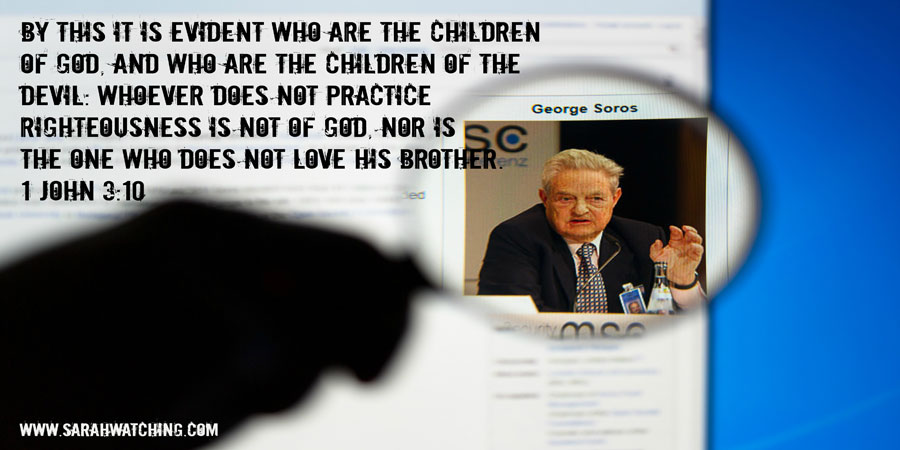 SHEOL, ETERNITY—Due to an unusually high volume of requests coming before the throne of God regarding progressive disruptive matters on earth, the accuser of mankind received a divine, and exceedingly rare, summons to provide an answer relating to the grave denial of justice on earth. This is the first issued since earth year 1945.

In a exceedingly rare interview, The Sheol Flame questioned the Satan about his involvement with the imprecations hammering down the doors of heaven. In particular the subject of the singular summons which was “When will George Soros be interred to Hades?”

Those making the appeals acknowledge that it is possible that the 86-year old atheist and Nazi sympathizer could receive Christ and be saved, but all also agree that Soros has the quintessential hardened heart. While conceding that all things are possible with God, claimants appeal to the fact that the full measure of his sins are filled to overflowing—similar to the Mediterranean refugee boats, Mexican cattle trucks, etc., whereby Soros heavily funds organized smuggling rings to fill with people, that is human souls, and transport them to mutually incompatible countries in order to disrupt those societies, thereby creating chaos and disorder..

After commenting briefly on what an excellent servant Soros has been on earth and how he will mourn a minute over his sepulcher in Hades, the Prince of Darkness answered that “It is all a matter of timing. Timing matters.” Unwilling to settle for such a vague answer, Sheol Flame pressed further “Why!? Why is he not here yet?” The devil finally assured the reporter that it is indeed a matter of timing. Apparently things must be allowed to heat up in the dark kingdom, because currently there “is not a place in Hell hot enough for George Soros.”

Justice, prayer The Sheol Flame Comments Off on Satan On Soros’ Hades Delay: “Currently There Is Not A Place Hot Enough” Print this News
A Contemporary Example Of Philippians 1:18’s “So What!”: A Dusty King James Bible, Manufactured Border Crises, And Romans 13 Goes Viral Previous News
Next News The Term “Progressive” Is the Biggest Lie in Politics