Stephen Hawking First Day In Sheol: Declares He Was Right About Global Warming 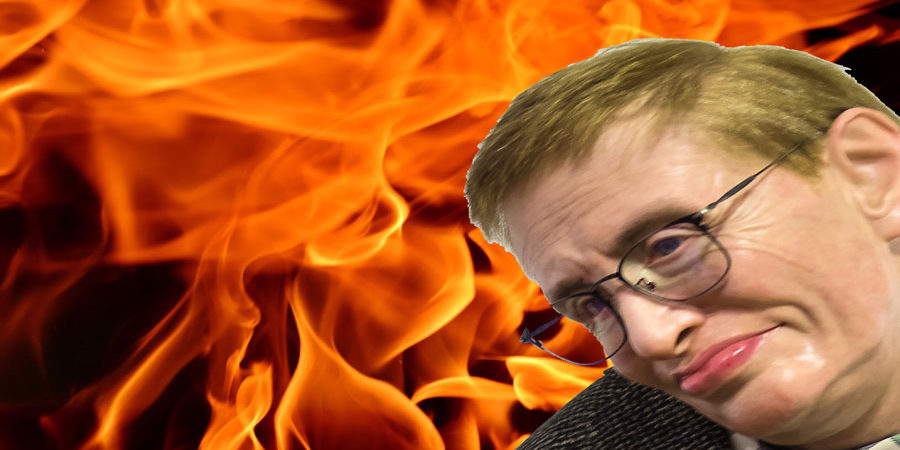 Editor’s Note: Though the purpose of The Sheol Flame is satire—ridicule intended to expose truth—the satire of this post also exposes the truth of great sadness over the loss of a soul.

SHEOL, ETERNITY—On earth day March 14, 2018, famed atheist, theoretical physicist, and cosmologist Stephen Hawking arrived for his first day in Sheol. After peering into the great abyss, he proudly declared that he had been right about global warming.

A long-time proponent of climate change theory, Hawking reportedly asked if he could relay this information to long-time environmental activist colleage Al Gore. Hawking appeared perplexed when one member of the reception committee answered “Yes, in 6 years, 3 months, and 5 days.”

Science will win because it works -Stephen Hawking

While on earth, Hawking served as one of atheism’s most loyal proponents Some famous quotes that he is remembered for include “Science will win because it works,” and “Before we understand science, it is natural to believe that God created the universe. But now science offers a more convincing explanation. What I meant by ‘we would know the mind of God’ is, we would know everything that God would know, if there were a God, which there isn’t.”

Hawking remained true to his convictions during his short history of time on earth disbelieving the reality of heaven and believing Sheol to be a “fairy story for people afraid of the dark.”

What I meant by ‘we would know the mind of God’ is, we would know everything that God would know, if there were a God, which there isn’t. -Stephen Hawking

As the revered atheist was being wheeled into the eternal holding place, he asked for water. Onlookers stated that the Professor “expressed even more perplexity” as a group of long-time Oxford associates standing nearby began crying. His guide explained that “God created water for the heavens and the earth.” 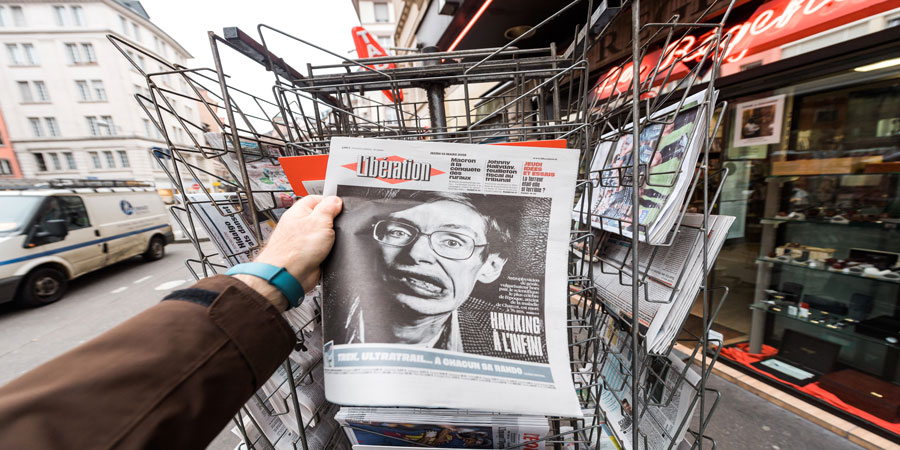 Atheism, Psalm 53, Satire, Sheol, Stephen Hawking The Sheol Flame Comments Off on Stephen Hawking First Day In Sheol: Declares He Was Right About Global Warming Print this News
Nearly 70 Per Cent of Italians Back Salvini’s Stand Against EU on Migrant Ferries Previous News
Next News ‘Islam Means Submission. Will You Submit, Or Resist?’ – Batten, Waters, Kassam at #FreeTommy Rally