Why Are Useful Idiots So Gullible?

Alinsky’s 8 Levels Of Control For Creating A Social State 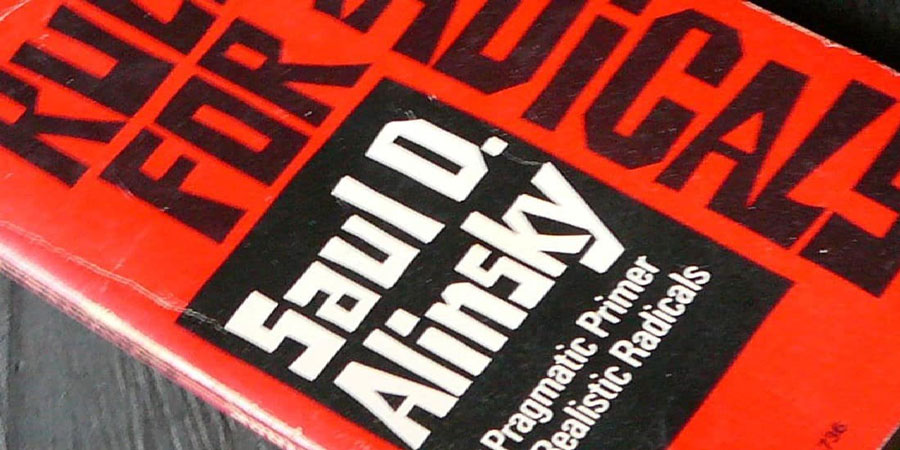 Saul Alinsky is best known for his book Rules for Radicals which has unfortunately influenced recent American politicians, much to the detriment of  the U.S. government agencies, the free press, national honor, and quite frankly, the freedoms we all hold dear.

But there is another Alinsky list which is need-to-know for combating, and defeating, the evil forces of modern liberalism—Alinsky’s 8 Levels of Control for Creating a Social State.

Christians must recognize the enemy in whatever form he takes, in order to defeat the enemy. And Saul Alinsky is one of Satan’s most cunning.

The attached image was shared by someone on Twitter. Note the following:

The globalists, communists, marxists, socialists, modern liberals, and far-left Democrats intend to use these controls to take over the U.S. and turn it into a poverty-stricken third world country. But by recognizing the enemy, we the people can stop the enemy. Read and share. 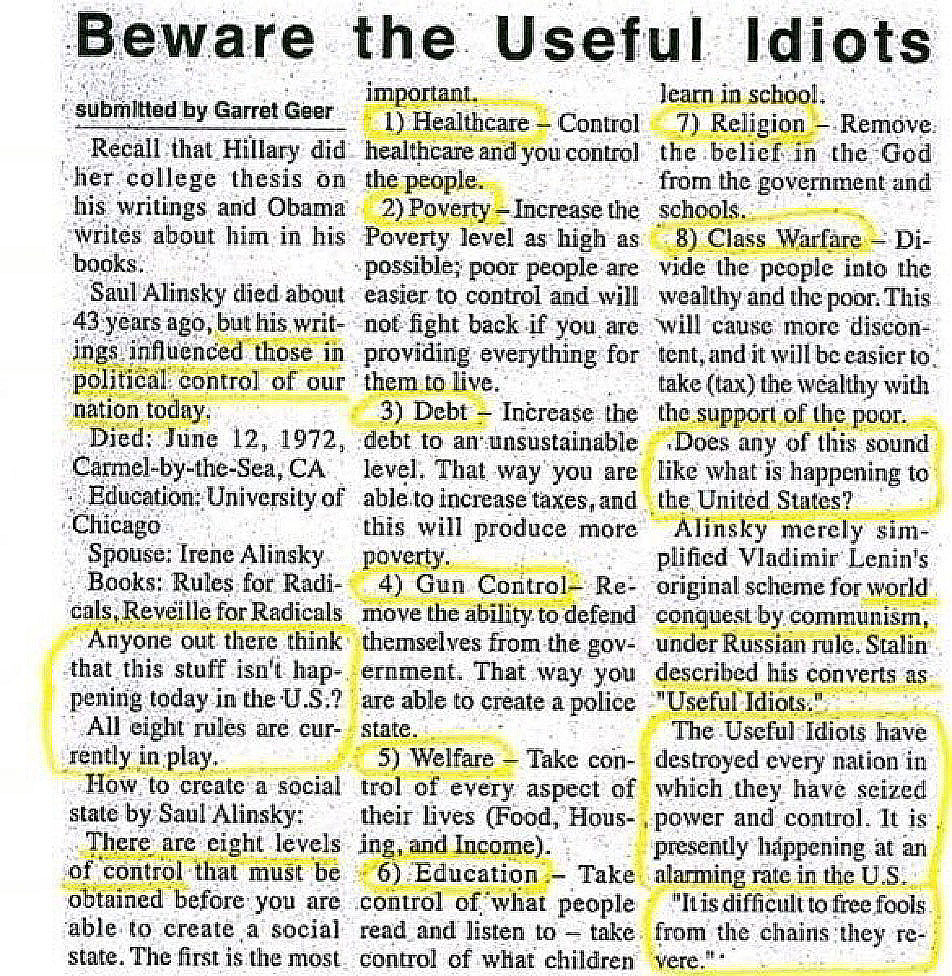 As a Christian, what makes me most sad and angry about this—beyond the pure evil—is the globalist elites taking advantage of people to feed the voracious appetite of progressive hunger for power, i.e. the “useful idiots.” To young people especially, they offer purpose, something larger than themselves to belong to and defend—even though it is a ruse. The same purpose is offered to those who have been, or have felt, marginalized by society regardless of their age.

I have a 23-year old who somewhere along the way drank the socialist Kool-Aid. And when I talk to her about issues, her ignorance is glaring. Yet she fights back—with no knowledge!  She defends—with no knowledge except what the Alinsky handlers have fed to the “small people.”

And since the “useful idiots” are a means to a globalist end, what do the “useful idiots’ think their end will be? Do they visualize scenes of idyllic equality and entitlement where everybody has everything they want and/or need?

Why can’t these people follow the logical trajectory of communism, socialism, globalism, etc., and see that it can never lead to a utopian equality among people? It leads only to two classes—the very rich and the very poor. Or you could say, the globalist elites and the “useful idiots” along with those of us who get caught up in the Satanic attack of globalism.

Globalists have helped me to see a new level of evil in the world. And this has added a new dimension to understanding why Jesus adamantly proclaimed the difficulty for the rich to enter heaven.

You may like to watch Mark Levin on Obama and his Alinsky tactics.

Alinsky's Rules for Radicals, globalism, Social state, Useful Idiots Ideologies, Legion, Political Correctness Comments Off on Alinsky’s 8 Levels Of Control For Creating A Social State Print this News
Religious Freedom In The First Amendment 101 Previous News
Next News The Constitution of the U.S.: An American Echo of Jeremiah’s Triple “The Temple of the Lord”