Trouncing On American Rights Is What Tigars Do 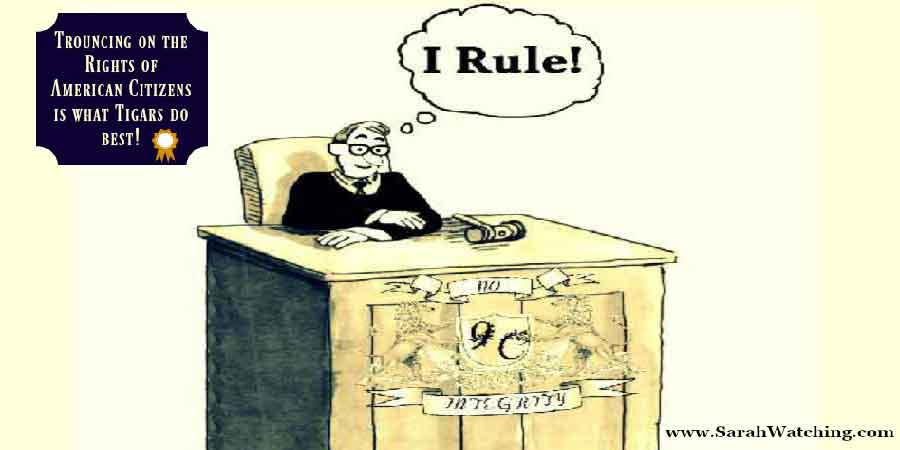 Take Action Against The Latest National Injunction—Contact Info Below

Did you know that the Ninth Circuit continues to violate Article III of the Constitution? And did you know that in their latest Article III violation, you are a de facto party in activist judge Jon Steven Tigar’s latest national (all people in America affected) injunction against the Trump Admin?

Yes. Indeed you are once again a party without representation in the latest national injunction from the Ninth Circuit. Essentially, your voice is being silenced and your due process is being violated.

In the Ninth Circuit federal court, aka the “Abuse of Discretion” bench, almighty Jon Steven Tigar (an obama appointee *SHOCK!*) shot down the Trump Admin’s Third Country Rule. Your highness did this In overwhelming deference to Central American illegal immigrants over and above American citizens (who pay Tigar’s salary, btw).

The Trump Admin’s Third Party Rule was issued for the national security of Americans and against Central American illegals, and all illegals entering the southern border. But almighty Tigar ruled, and SW paraphrases, “Screw American citizens! I shall find for Central American illegals, and illegals from everywhere! In so doing, I find against American citizens who, for all I care, can rot in the hell that I am helping my leftist comrades to create.”

United States District Court for the Northern District of California

International asylum law directs asylum seekers to ask for asylum in the first safe country which they enter. This rule allows the United States to reject Central American migrants who pass through Mexico without seeking asylum. But U.S. law requires a formal “safe third country” deal before a migrant can be sent back to the “first safe country.” Of course, the U.S. has a “safe third country” deal with Canada, you know, for all of those North Pole elves caravaning through Canada.

A D.C. Circuit Judge upheld the Trump Admin Third Country Rule. But the leftists forum-shopped and found almighty Tigar whose lack of ethics did not cause him to hesitate one second in shooting down the rule nationwide. Tigar shot down the Third Country Rule in deference to Central American illegal aliens over and above American citizens.

almighty Tigar shot down the Trump Admin Third Country Rule nationwide, in deference to Central American illegal aliens over and above American citizens.

The Ninth Circuit’s multiple National injunctions prohibit the Executive Branch from applying a law or policy against/for anyone, including nonparties, i.e. for you and me. The Trump Admin’s Third Country rule is meant to PROTECT legal U.S. citizens, the majority of whom spoke at the ballot box in support of tougher immigration law.

The Ninth Circuit Court’s multiple national injunctions, on the other hand, are meant to protect ILLEGAL aliens, which deprive legal American citizens of life, liberty, and property, without due process of law (5th Amendment right which applies to legal citizens only). The latest $5B for the humanitarian crisis at the U.S. southern border should provide some semblance, if only a tiny portion, as to the expense that illegals incur upon legal citizen taxpayers. Democrats’ open borders vote shopping is not cheap! Democrats’ open borders policy costs American taxpayers billions of dollars each year. (Dare we add welfare, food stamps, and non-taxed remittances?)

And all of this is happening against American citizens, you and me, de facto parties to this National Injunction even though

a) we did not agree to be a party to this lawsuit,

b) we have no representation in the lawsuit,

c) it is being carried out in spite of our “by the people, for the people” Constitutional Law and Article III limitations on Judicial Power and Equitable Relief,

d) the duty of district judges is to apply the law, not to strike down laws or Executive orders. 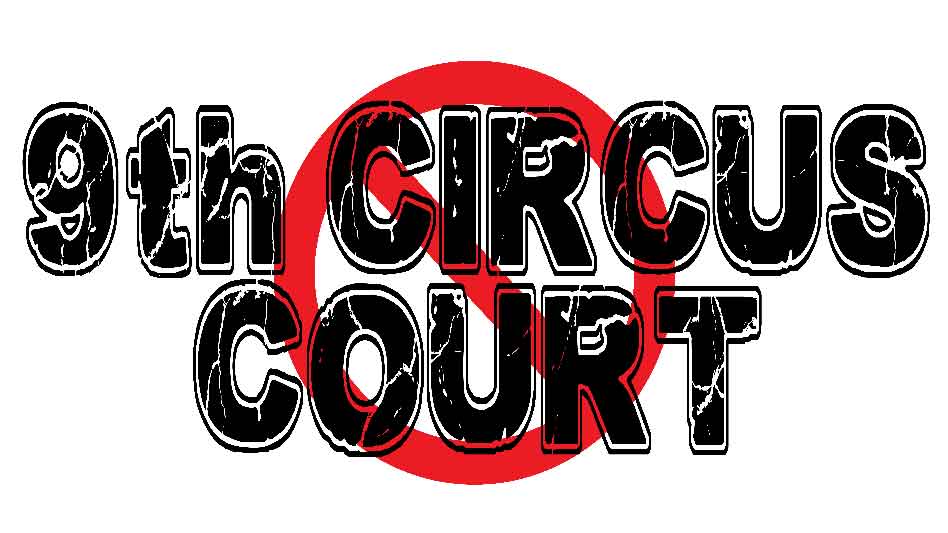 Of course, we are not Central Americans making claims of asylum. But the fact that

a) over 95% of asylum claims are rejected and are in fact economic relief claims,

b) the highly suspect nature of the majority of migrants making asylum claims are 16-26 year old males (are females not being persecuted?),

c) documented proof exists that far left and progressive NGO’s are organizing and paying for the Central Americans caravans to trek through Mexico, i.e. food, water, bathrooms, places to sleep, some transportation except when a camera is around,

are but a few facts surrounding the dubious nature of these “poor people seeking a better life” as vote-hungering Democrats would like to deceive everyone into believing.

Therefore, though We The People are obviously not subject to the Third Country Rule, by virtue of the Ninth Circuit blocking the President’s Proclamation, this rule now stands against “the people of the U.S.,” that is the legal citizenry of America who elect government officials. We, as unrepresented parties in this injunction, are affected by it to our detriment

The so-called “asylum” seekers—and let’s get real—are an undue burden on middle class America. These economic illegals seep into America—in lower and middle class cities and neighborhoods, including shopping areas, entertainment areas, places of employment, etc. Lower and middle class Americans are subjected to loss of jobs, loss of income, strain on welfare systems, strain on healthcare systems, strain on education systems and resources, subjected to increased violence, disease, and illegal drugs (see Texas statistics on illegal alien crime), and a whole host of problems brought on by unassimilated, uneducated, diseased, “entitled” illegal immigrants and their multitudinous children. (How does a family on welfare with 12 kids afford 14 cell phones?) 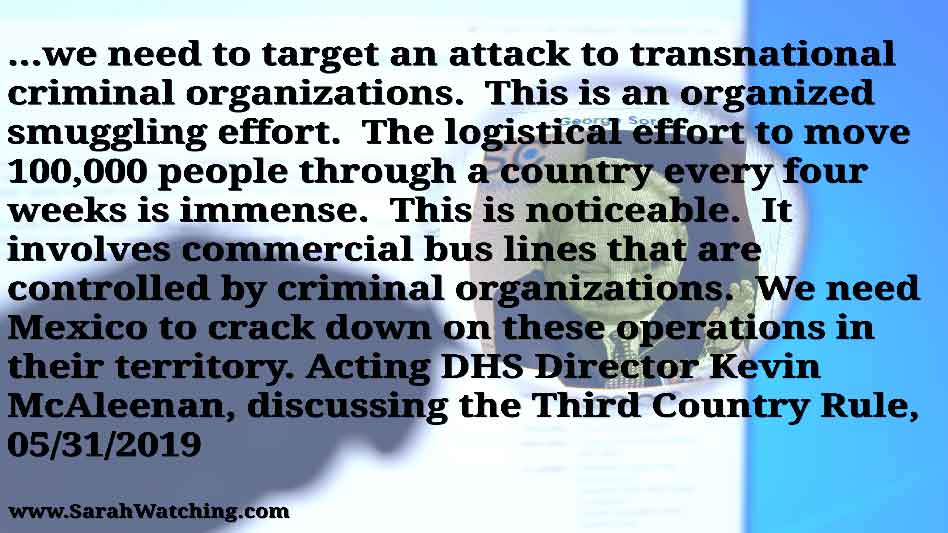 2. The President’s Inherent Authority To Restrict The Entry Of Aliens 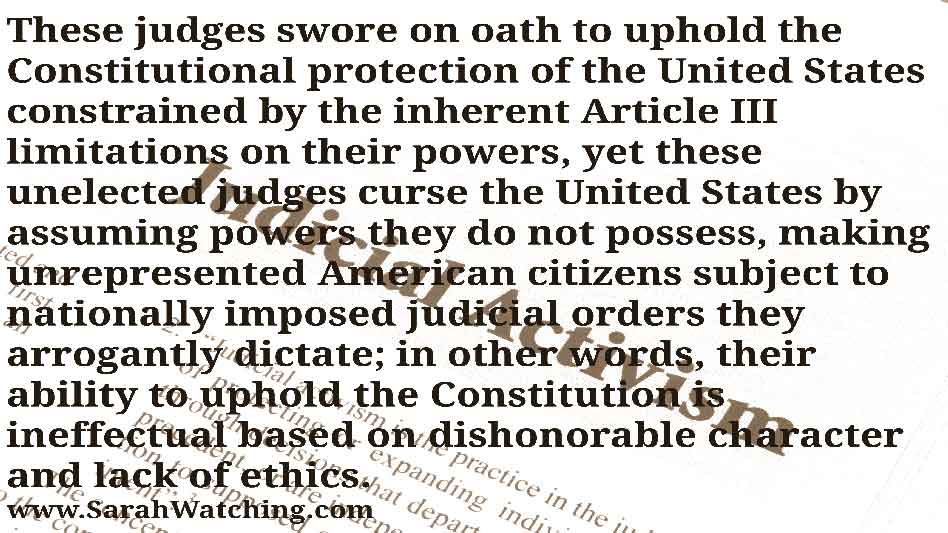 The court has no constitutional basis to decide disputes and issue remedies for those who are not parties.

Illegals Do NOT Have The Same Constitutional Rights As American Citizens

President Trump stands on solid Constitutional and Judicial ground in all he has done, and tried to do, to curtail illegal immigration thus far. These activist judges must uphold the Constitution or else be impeached.

Since no one is taking ANY action against these rogue judges, it is, as always, up to the people. Contact Judge Tigar ASAP. And please forward this to others sharing the same concern.

Until the next time…  And there will be another until the Supreme Court lays down the law curtailing these leftist abuses of the courts called national injunctions. 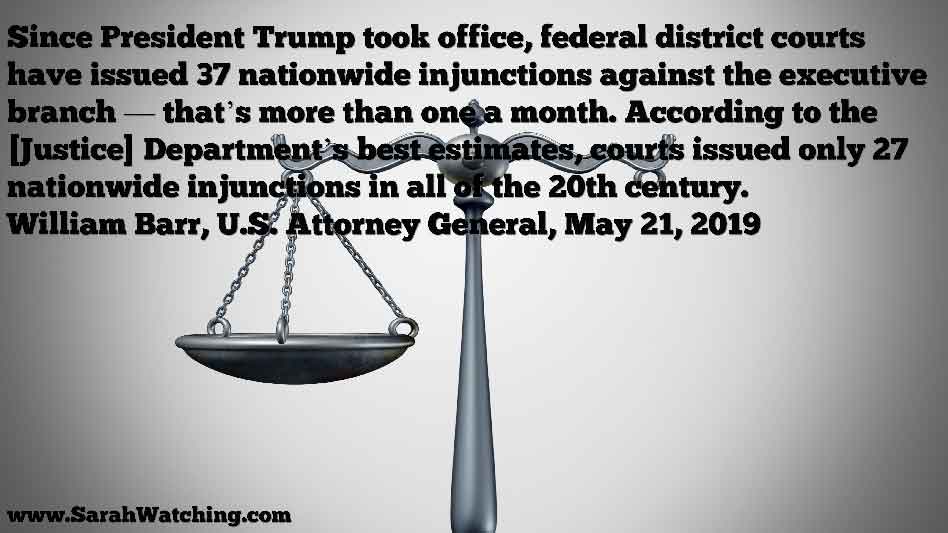 Quote from Kevin McAleenan, Acting DHS Dir: “Two, we need to target an attack to transnational criminal organizations.  This is an organized smuggling effort.  The logistical effort to move 100,000 people through a country every four weeks is immense.  This is noticeable.  It involves commercial bus lines that are controlled by criminal organizations.  We need Mexico to crack down on these operations in their territory.”