Main Menu
Home » News » Legion » In The Political World, There Are Only Two Groups Of People 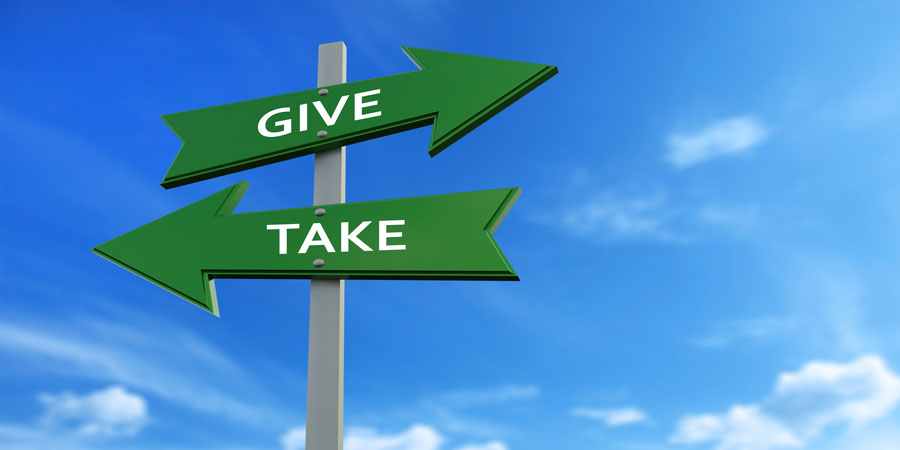 Every epic story contains an adaptation of the good vs. evil theme. What makes these stories perennial is that all people in all times and all places can relate, because it is real. Good vs. evil has been around since time began and its pattern can be discerned in every aspect of our lives…

When it comes to politics there are only two groups of people. You may be surprised to learn that their differences have nothing to do with race, gender, age, sexual orientation, religion, or nationality. Their one, and only, distinguishing characteristics are:

Believe me with my hand on a stack of Bibles, Democrats want to get richer and have more power. Why else would they defraud the large cities of the U.S.? It’s not because they want to help the residents. They know they are not helping them. And need I ask, “of how much more value is a person?” than being defrauded by corrupt Democrats?

Every American is fearfully and wonderfully made, loved by God, and made in His image. It is not right that people suffer at the hands of greedy, power-hunger political hacks. Hacks who pretend to have the people’s best interests at heart. In reality, they only care about themselves.

Yet every four years—and the midterms in between—Democrats are able to persuade inner-city residents that they are defenders of minorities and the poor. In his epic book Take No Prisoners, David Horowitz points out that far from defending minorities and the poor, Democrat city officials have executed the demise of large city prosperity. With the wink, nod, and flick of a $150 pen, they have:

So the mystery remains, why do the people keep voting for Democrats?  The Apostle Peter explains the unwise actions of people who bring destruction on themselves by continually listening to false prophets:

What the true proverb says has happened to them: “The dog returns to its own vomit, and the sow, after washing herself, returns to wallow in the mire.” 2 Peter 2:22

Proverbs explains the dog/vomit issue a little further:“Like a dog that returns to his vomit is a fool who repeats his folly” (Proverbs 26:11). Counter to a fool and folly is a wise person and wisdom. (Notice that like politics and epic stories, Proverbs has only two groups of people as well.)

Acting wisely and making wise decisions can be difficult when a city Democrat leader is “promising things will be better.” Residents want to believe him or her. Residents want to trust the person. But, please! You cannot believe or trust a Democrat/Socialist/Progressive/Communist/Globalist/Fascist!

Two Great Thinkers On Why People Vote For Who They Do

At the end of 2012, 4-years after Obama’s first reign of terror, Detroit statistics stacked up as follows:

Some politicians and pundits seem to think that President Obama is vulnerable politically because of the economy in the doldrums. “It’s the economy, stupid,” has become one of the many mindless mantras of our time.

What Obama seems to understand that Republicans and many in the media do not, is that dependency on the government in hard times can translate into votes for the White House incumbent.

Growing numbers of Americans on food stamps, jobs preserved by bailouts, people living on extended unemployment payments and people behind in their mortgage payments being helped by government interventions are all potential voters for those who rescued them — even if their rescuers are the reason for hard times, in the first place.

The economy was far worse during the first term of Franklin D. Roosevelt than it has been under Obama. Unemployment rates under FDR were more than double what they have been under Obama. Yet FDR was reelected in a landslide. Dependency pays off for politicians, even when it damages an economy or ruins a society.

Colson puts forth a provocative hypothesis from a 1984 Prison Fellowship column post called The Political Illusion.

Two decades ago, Jacques Ellul, the eminent French historian, answered the question in a remarkably prophetic book, The Political Illusion. Ellul theorized that modern man increasingly turns to the state [that is, government] for answers to his problems—even though the [government] cannot solve them. Politicians perpetuate the myth that it can since the illusion perpetuates their power; the media willingly collaborates since their coverage of government fuels their own power—and profits—as well.

The result, Ellul wrote, is a “boundless growth” of [government], with an insatiable appetite for power. (Of special interest to us in Prison Fellowship’s ministry, Ellul argues that independent groups that involve people in meeting society’s needs are the only way to lessen dependence upon government and its eventual totalitarian control.)

We Christians, of all people, should see through the political illusion. We should understand that the real problems of our society are, at their root, moral and spiritual. Institutions and politicians are limited in what they can do.

The political illusion poses two grave dangers. First, as political solutions fail and problems worsen, people become cynical, and in time, alienated from their own political process. The second is that the political illusion fosters a false security: The government is promising to deal with our problems, so we don’t have to bother. It lets us off the hook.

The entirety of The Political Illusion can be read here.

Summary Of Thoughts On Why People Vote Like They Do

Sowell says residents’ dependence on government is to blame.

Colson says people look to government for help, but when government fails people become alienated from the government process.

It’s the same answer to “Why doesn’t a female punching bag leave her abusive boyfriend or husband?” Because she thinks there is no place else to go. She is dependent on him.

So, “why doesn’t a barely-above-the-poverty-line and/or poverty-stricken-inner-city-resident leave his/her abusive civic officials and quit voting for them? Because they believe there is no place else to go. (Another Democrat lie!) Residents have become dependent (or so they are led to believe) on the Democrat vultures who prey on them in order to maintain a permanent underclass—and their votes.

Both Sowell and Colson agree that an over dependence on government is the issue.

In Sowell’s case, it is a dependence on entitlements being received even though the people would have no need for them if the voters would boot the Democrats out of office.

In Colson’s case, it is a putting of trust in government to fix a problem. Both issues are rooted in humanity’s fear mechanism. Colson also goes a step further to say that people quit voting when government continually fails to meet their needs and/or expectations—which has an guaranteed 100% future success rate.

These voters are living in defeat. They must be told there is victory waiting. Their vote is their voice for change and a much, much better life.

But who will they listen to?

Please join Sarah Watching in praying for the U.S. large cities to get woke! When God looks at a person He sees who He intended that person to be. We should see others the same way that God does. God wants better for people than to live in poverty while Democrat overlords live in wealth. You may ask “well why doesn’t God do something?” God most often works through His people. If nothing else, right now we can pray. And wait for the next step.Thank You! Thank you for joining Sarah Watching in this prayer effort. 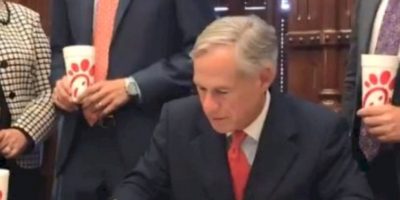 Texas Gov. Greg Abbott signed the Chick-fil-A bill into law Thursday, prohibiting local governments from retaliating against an individual or business for their membership in, or support for, faith-based organizations.