Main Menu
Home » News » Sarah » The Constitution of the U.S.: An American Echo of Jeremiah’s Triple “The Temple of the Lord”

The Constitution of the U.S.: An American Echo of Jeremiah’s Triple “The Temple of the Lord” 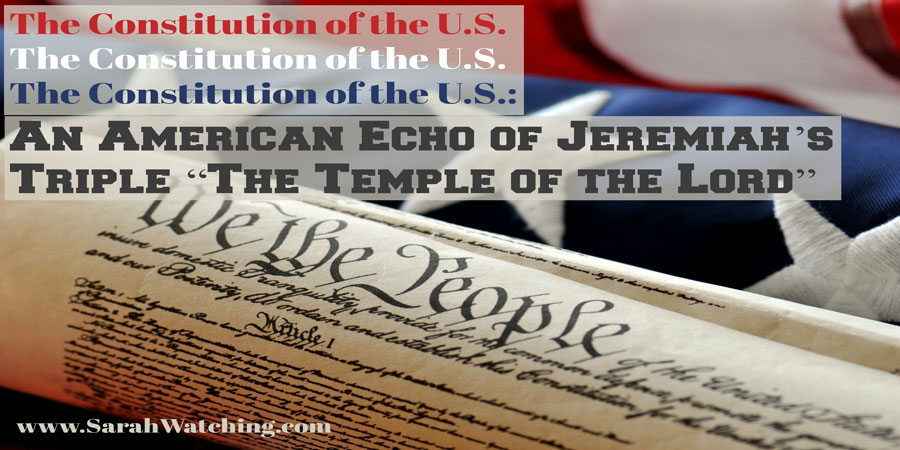 Sometime in June 2016, I received a surprising call—a wake-up call to be exact. A sudden realization of the looming dangers of the 2016 Presidential election and what seemed to be an imminent win for a flawed, corrupt, out-of-touch candidate.

The Dangers of Demonic Power

In the staggering aftermath of my wake-up call, I could no longer “not care about politics.” America was a nation on the brink of destruction. Yes, the issues were huge. But even worse, the clandestine maneuvers of globalists and biased mainstream media lurked in the background. And power-hungry liberals and neo-cons prowled around like roaring lions seeking any vote to devour.

I would answer the question of why the demonic power is so dangerous simply by saying
that it is because he cannot be recognized.

Thielicke’s sermons often use his contemporary situation in Nazi and post-war Germany to illustrate doctrinal concepts. This double entendre expresses a reality about Satan (2 Cor. 11:4), while clearly alluding to one of Satan’s greatest servants, der Führer. Hitler ran a propaganda campaign and dictatorship while controlling 100% of German media. Even in the last days of the war when thousands of Germans were still being killed and defeat inevitable, he continued lying to the people, assuring them of a German victory. Outright deception led to the complete destruction of a nation, horrific suffering, and countless casualties.

America teetered on the brink of an uncomfortably similar destruction which began with “those eight years.” The sinister power in America, like the one operating in mid-20th century Germany, could have easily gone unrecognized. But praise God for divine intervention, common sense patriots, and Julian Assange. Oh, and wake-up calls.

So what forces will cause a Christian whose reading materials consist exclusively of academic theological  books, scholarly articles, and of course the Bible, to begin pouring over news articles on Fox News, Lifezette, Breitbart, Yellowhammer, devote 11:00-2:00 p.m. to Rush Limbaugh, tune in to Hannity each night, and join the #MAGA hashtaggers on Twitter?

The answer is innocent and authentic—the jarring realization that I could no longer trust the U.S. Constitution to guard religious freedom.

It became evident that most political tweeters and facebookers shared a bipartisan trust in the Constitution as guarantor of the freedoms Americans hold dear. A fact that was reassuring but equally frustrating. Frustrating because the left was blind to the destruction that a Hillary administration would have on the Constitution and democracy. The fateful 3:00 a.m. distress call from Benghazi is fraught with symbolism of a female Clinton Presidency—Hillary wouldn’t bother to rouse up from her slumber, but would inevitably ignore American citizens who voted for her, and especially those who rejected her.

No Longer Trusting the Constitution to Protect Freedoms

Why did I no longer trust the Constitution to protect a freedom that I had previously taken for granted? The Democrats attacked the second amendment openly. Yet more subtle were the slippery slope and numerous encroachments on the first amendment. I am a Protestant Christian. And what shocked and disgusted me was the democratic candidate and campaigns’ insistence stated in multiple e-mails, speeches, and articles, that the Catholic Church needed to “update” their beliefs–as if it’s wallpaper or something! This initial provocation morphed into a raging obsession when WikiLeaks revealed the numerous offensive, intolerant, and bigoted comments made by the Democratic campaign staff regarding Christianity and Judaism.

For any of you who found yourself in a similar state of confusion: loathing the Democratic campaign staff on the one hand, yet grieving what seemed to be a scathing betrayal of Uncle Sam on the other—an adult emotional impact analogous to the exposure of Santa Claus, the Easter Bunny, and all other of life’s most disappointing dupesters—I offer you this: you are in company with many of God’s people.

A Paradoxical Situation In Jeremiah

In the book of Jeremiah, a paradoxical confusion exists. The object of the people’s trust threatened to become their detriment by blinding them to the reality of the impending national horror.

Before pondering why this passage may explain the burden of the 2016 election for some American Christians, it is important to understand the situation that the people of Judah confronted. How did the temple of God become a stumbling stone? How did this sacred place blind people to the reality that Israel sat on the brink of destruction?

The people of Judah faced two intractable realities: At the time of Ezekiel’s prophecy, 1) Babylon, in two deportations so far, had carried away the best and the brightest—royals, officials, wise men, high priests—and the middle class labor force—priests, Levites, metalworkers, craftsmen—into captivity and exile; and 2) Nebuchadnezzar’s army now surrounded Jerusalem.

In the absence of the royal family, Babylon delegitimized Judean kingship and authority by appointing King Jehoiachin’s uncle, Zedekiah, to be ruler over the people. Through Jeremiah, God instructed the people remaining in the land to cooperate with Babylon. But Zedekiah ignored God’s word and rebelled against the foreign domination.

For three years the armies of Babylon laid siege to Jerusalem. Inside the city walls, amidst declining conditions and severe famine, the people remained loyal to the interim king.

Eventually a breach in the wall was made and the Babylonian armies invaded full force. Men, women, and children were killed. Any survivors were taken into captivity. The vessels and treasuries of the king and of the temple were taken. The wall was broken down. The palaces were set on fire. And the invading army burned the house of God, the temple of the Lord (2 Chron. 36:18-19). 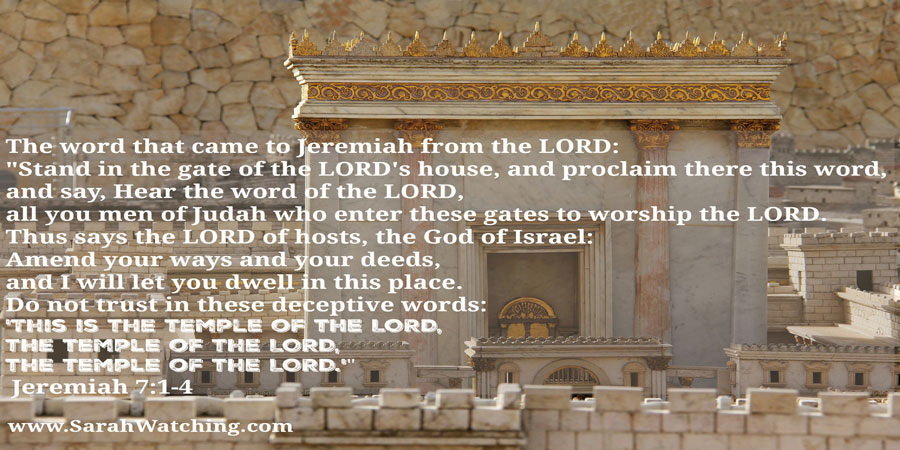 Sadly, all of this could have easily been avoided. But politics and Zedekiah’s taste for power sealed the fate of Judah. And what about the people? Why were they blind to the ultimate outcome of this dire situation?

Turn back the clock to the years preceding the siege. Picture Jeremiah who referred to himself as “only a youth.” The lone prophet speaking “Thus saith the LORD” to Zedekiah and the people—an unpopular message that rallied formidable resistance from the king and the other prophets.

On several occasions Jeremiah was severely punished on account of his “fake news.” So the king would call in his mainstream prophets to offer rebuttal. More than willing to collude with this autocrat, they painted a utopian narrative about the fate of the land, the length of Babylonian captivity, and the assurance of an Uncle Zedekiah victory over the armies of Babylon. 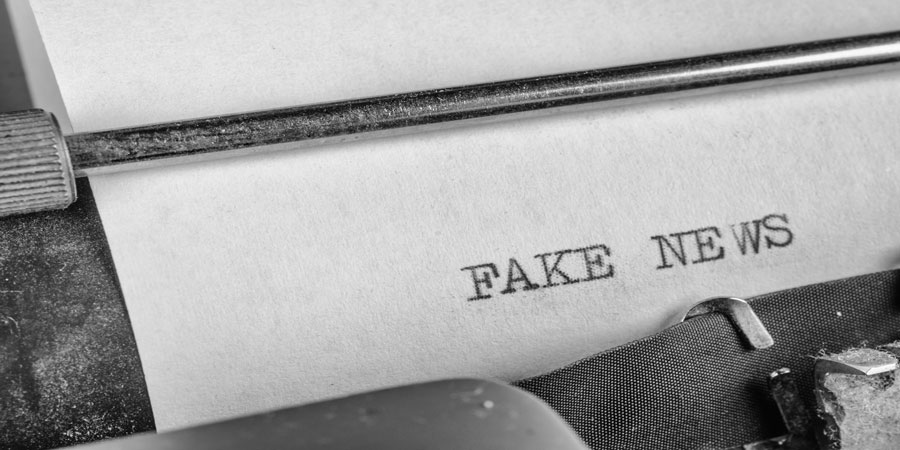 Simultaneous to Jeremiah prophesying in Judah, Ezekiel prophesied the same news, corroborating God’s prophetic word, to Jews already exiled to Babylon. And again, the unpopular message was immediately flagged and buried in the annals of “fake news.”

Why Were The People Blind To The Impending Destruction?

So you have to ask. Why would 1) starving people in a city under siege by a foreign army, and 2) people already being held captive in a foreign land, garner such high hopes for a quick and effortless restoration to the status quo? For returning to homes and possessions untouched, living the Judean dream of figs and cisterns, prosperity and safety, as if nothing bad were happening or had happened?

The simple answer: The temple.

Trusting In The Temple As Opposed To The Temple’s Honoree

The people were compelled to reject the notion that anything could destroy their nation because Jerusalem was the divinely chosen resting place of the Temple of God. God’s dwelling place. God’s presence on earth. God’s footstool. The house of prayer, worship, and sacrifice. The perma-version of the tabernacle that Moses had built. The blueprint given to David by God Himself. Constructed by Solomon, the king of Israel’s golden age. Home to the Ark of the Covenant which resided in the Holy of Holies.

The people trusted wholeheartedly in the temple and—no matter what—its ability to guarantee their life, liberty, and pursuit of happiness.

God’s people placed their confidence in God’s temple. Just like I placed my confidence in the U.S. Constitution. According to the first amendment, religious freedom is our right. Right? It is our right, but it is not exactly guaranteed. The guarantee comes only when America has leaders, elected officials, and Supreme Court justices who uphold the intrinsic value and worth of the Constitution’s purpose, as opposed to leaders who want to give it a new coat of paint to match their liberal, elitist, globalist agendas.

So this 2016 election cycle marks the year I started caring about politics.

Maybe it’s no coincidence that in 2011, in a research proposal on the false prophets found in the Bible, I wrote

[The] conflicting theologies of false opponents force people to make a decision affecting
the outcome of the impending judgment and this makes the message [of truth] extremely urgent.

The numerous false opponents whose message ultimately threatened our religious freedom, and other rights, created a mandate for American patriots to spread truth. Especially because so many people believed the false prophets in the mainstream media for no other reason than their far-reaching, and quite deafening, echo chamber. With truth in hand, I read, shared, tweeted, liked, pinned, commented, tumbled, stumbled, got blocked, muted, and was insulted more in 5 ½ months than in total since entering the dubious world of  social media.

In God We Trust—Not Buildings Or Parchment Paper

Whether good times or times of looming danger, God always works to draw His people closer to Him. The take-home point for me, and possibly other American Christians, as it was for the people of Israel, is no one should trust in buildings or parchment paper—regardless of how sacred or revered they may be. There is only One in whom we should place our trust—the Son of God, Jesus Christ. Trusting Christ is by default trusting God.

Even our currency bears the crucial reminder—In God we trust.

But in God alone we trust.

As a tangible object of trust, the Constitution, like the temple in Jerusalem, threatens to become our detriment by blinding us to the reality of impending national horror. Christians can’t “not care about politics.” In other words, we must stay vigilant, awake, alert, vote, defend, and never ever allow those who have no respect for the Constitution, or the people it protects, to gain control of government again.

The temple never protected or prospered the people of Israel. God did. Likewise, the U.S. Constitution, as a piece of paper, never guarantees American freedoms. God does. God rules the hearts and minds of leaders who uphold our Constitution. Even when that beautiful prose, that forms a more perfect union, comes under a nasty and unrecognizable sinister siege, it is God who sends the wake-up call and rallies the troops to defy the polls.

2016 Presidential Election, Donald Trump, fake news, Helmut Thielicke, Jeremiah Christianity, Constitution, Religious Freedom, Sarah, Sarah Talking Comments Off on The Constitution of the U.S.: An American Echo of Jeremiah’s Triple “The Temple of the Lord” Print this News
Alinsky’s 8 Levels Of Control For Creating A Social State Previous News
Next News Nancy Went Down To Congress Lookin’ For A DACA Deal