Church And State Truths Never Presented By The So-Called “Mainstream” 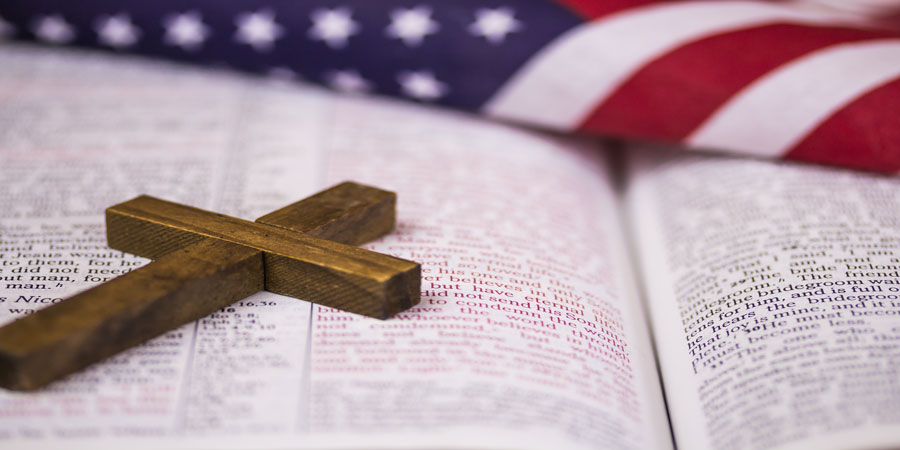 Must Know “Church And State” Truths For Christians

The Democrat Party, its factions, and their propaganda machine, parrot and repeat phrases until they become a part of the vernacular. And we all know that it is total bias.

Knowing the other side of the Church and State debate is a must for effectively calling out leftist lies. Study and commit to the heart what principled and honest scholars and lawyers say/have said about the Establishment and Free Exercise clauses.

Here are a few great quotes and a list of resources to get started. Use them the next time the prowling lion looking for someone to devour trolls you on Twitter or Facebook or in person. And speaking of social media, post these truths often. After all, the leftist miscreants don’t have a monopoly on parroting and repeating.

Michael Stokes Paulsen, Where in the Constitution is “Separation of Church and State”?

It is well to attend to the actual words of the Constitution (an admirable obsession of some Tea Party folks, like Ms. O’Donnell). Nowhere is this more important than with the Establishment Clause of the First Amendment: forbidding an official establishment of religion is something quite different from the much looser, imprecise term “separation of church and state.” The Constitution only forbids government sponsorship and compulsion of religious exercise by individual citizens. It does not require hermetic “separation”—implying exclusion—of religion and religious persons from public affairs of state.

A strict separationist view is not supported by the Constitution. Indeed, such an approach would contradict other parts of the First Amendment, in important ways. Most obviously, it would be at war with the protection of the “free exercise” of religion. If government could wall out religious persons and groups from participation in public affairs or from benefits or programs generally available to all, on the basis of neutral criteria, that would mean government could discriminate against religion. It is utter foolishness to think that the framers of the First Amendment intended such a result—and wrote an incoherent guarantee of religious liberty that contradicted itself in the same sentence, both requiring and forbidding discrimination against religion in one breath. 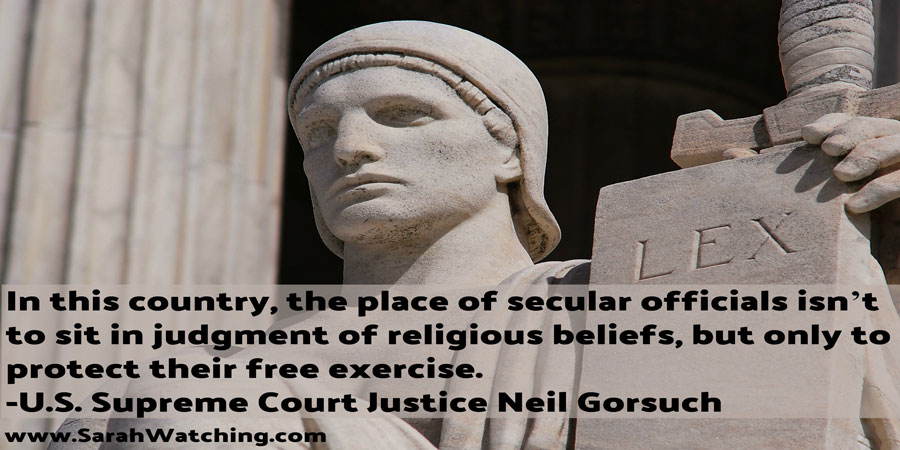 [Written between 1929-1967, Murray, an American Catholic theologian, offers a wealth of reflective and carefully thought out ideas pertaining to Church and State issues, judicial activism, and the secularization of the United States. As a note: Murray anticipated the decision in Everson v Bd Of Edu Ewing, and the article he wrote in response shows that he was pleased with the outcome. However, as later writings show, he recognized the mockery made on the First Amendment Establishment Clause by anti-Catholic forces of the time. Access Murray’s archives here.]

Both of the following quotes are taking from “The Court Upholds Religious Freedom”:

The First Amendment requires the State [federal government in this context] to be a neutral in its relations with groups of religious believers and non-believers; it does not require the State to be their adversary. State power is no more to be used so as to handicap religions than it is to favor them.

The “evil” of establishment that Madison and Jefferson wished to outlaw was an evil in the political order—violation of the principle of civic equality. As statesmen, their problem was in the political order; the essential thing they did not want was the political establishment of a category of second-class citizens. (Note here that possible “evils” for the established religion itself were strictly none of their business, as statesmen. True, they did meddle ideologically in the business, but their thought on this particular matter—whatever one may think of it—is quite extraneous to the First Amendment, which is a political document guaranteeing political rights, and religious rights in the political order.) Consequently, in saying, “no establishment of religion,” the First Amendment above all says, “no inequality of citizenship on grounds of religion, with consequent restriction of religious liberty.” 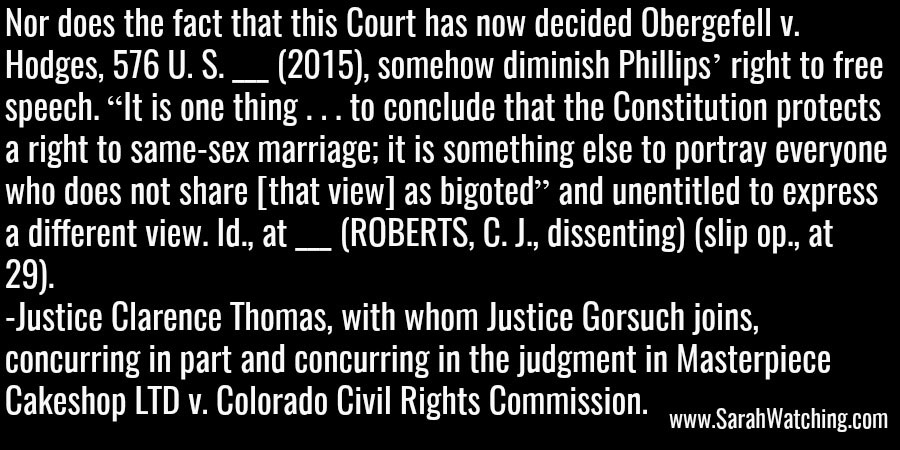 Government should be neutral between religion and its opponents, but neutrality is hardly served by excluding religious expression and views from public life, while allowing non-religious and anti-religious expression. Thomas G. West, The Theology of the United States America

[One of the most prominent arguments from secularists and atheists about Christian displays, et al, is that “someone may feel excluded…,” “someone may feel coerced…,” therefore, “…violation of establishment clause…” Justice Thomas totally debunks this in the following. Other Justices have written similar things, cf Scalia dissenting in Lee v Weisman, Van Orden v Perry above. Lefties are so peevish.]

At a minimum, there is no support for the proposition that the framers of the Fourteenth Amendment embraced wholly modern notions that the Establishment Clause is violated whenever the “reasonable observer” feels “subtle pressure,” ante, at 18, 19, or perceives governmental “endors[ement],” ante, at 5–6. For example, of the 37 States in existence when the Fourteenth Amendment was rati-fied, 27 State Constitutions “contained an explicit reference to God in their preambles.”

Thus, to the extent coercion is relevant to the Establishment Clause analysis, it is actual legal coercion that counts—not the “subtle coercive pressures” allegedly felt by respondents in this case, ante, at 9. The majority properly concludes that “[o]ffense . . . does not equate to coercion,” since “[a]dults often encounter speech they find disagreeable[,] and an Establishment Clause violation is not made out any time a person experiences a sense of affront from the expression of contrary religious views in a legislative forum.” Ante, at 21. I would simply add, in light of the foregoing history of the Establishment Clause, that “[p]eer pressure, unpleasant as it may be, is not coercion” either. Newdow, 542 U. S., at 49 (opinion of THOMAS, J.). Town of Greece v Galloway 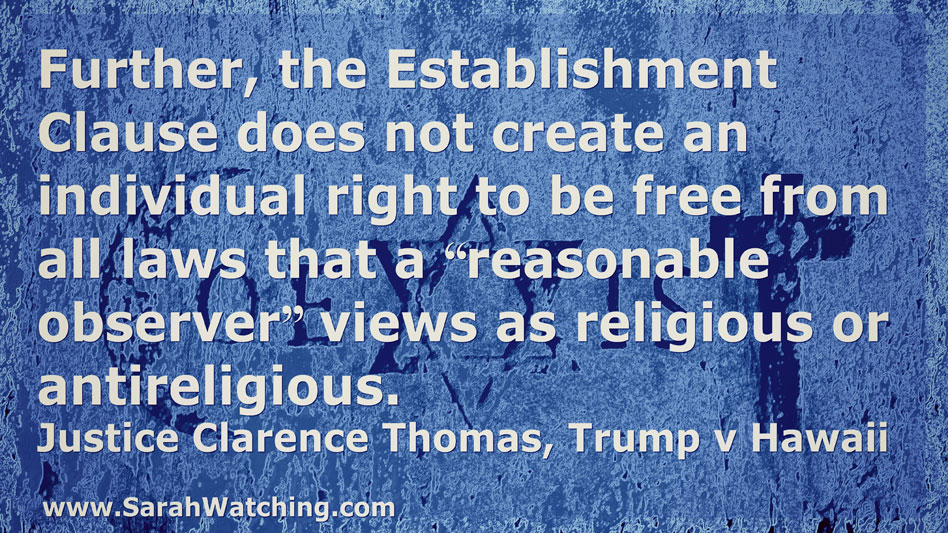 Toward Benevolent Neutrality: Church, State, and the Supreme Court by Robert Thomas Miller contains a comprehensive list of SCOTUS cases, through publication date, categorized by issues having to do with the establishment and free exercise of religion clauses.