Main Menu
Home » News » Sarah » Meghan Is A Typical McCain: It’s All About Me (And Getting In The Final Dig)

Bitter Fruit Does Not Fall Far From Bitter Tree 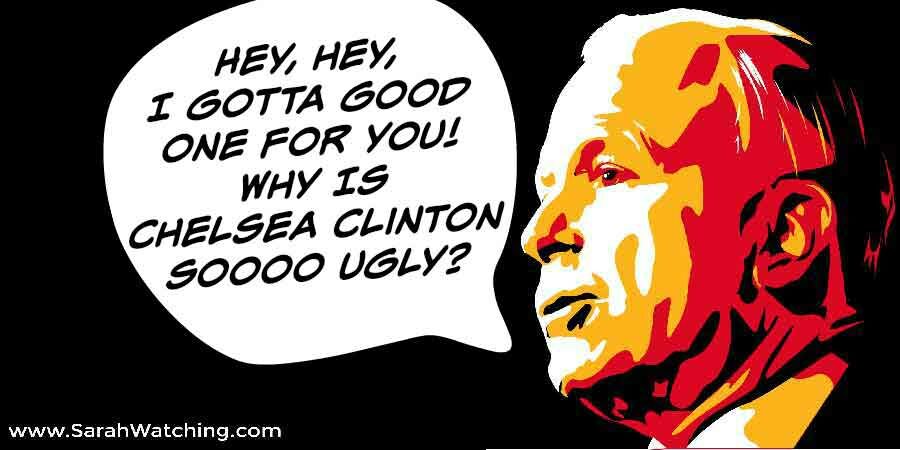 On November 9, Meghan McCain lamented the character and soul of America to Donald Trump Jr. Self-righteous posturing, better translated “My dad is way better than your dad.”

But exactly what character and what soul of America is Meghan referring to?

Is this the character and soul of America that The View’s Meghan McCain was referring to on Nov. 7, 2019, when she asked Donald Trump Jr. this question?

This pompous moral grandstanding begs the question “Where do I start reminding the McCains how much their horrific father hurt America?” And John McCain’s quotes speak for the senator regarding character.

And btw, with a sincere heart I thank John McCain for his service to this country. However, that does not make him, or his family, immune to being called out for their utter hypocrisy and unruly bitterness.

With A McCain, Apparently It’s Always All About The McCain

In typical McCain fashion, daughter Meghan McCain displayed her inherent ability to turn any situation to “It’s all about me and I will get in a dig at President Trump.” McCain and able.

So, first off, Meghan, honey! Put your big girls pants on and grow up! Do you REALLY want to know about hurting Americans?  Can you handle the truth?

I am one of many good and decent Republicans totally betrayed by your lackluster father John McCain in 2008.  Not only betrayed but thrown under the RINO bus. He gave up at the end of the 2008 election—and NO, he was not needed in Washington—giving Barack Hussein an uncontested win.

Yes, your audacious Daddy Warmongerbucks (and boy did he love wars) allowed a deceptive, anti-American, anti-Constitutional, socialist to be elected to President of the United States. No vote counted more than the one John McCain handed over.

You know (and hopefully will admit) all the mayhem that the Obama Presidency caused, and is still causing, to the United States. Surely you will admit the numerous people that have been hurt both directly and indirectly. If nothing else, will you attest to the reality of all the police officers that have lost their lives due to the anti-police policies of the 44th administration? At least?

In case it slipped your mind, bi-partisan reporting from The True Pundit and The Rolling Stone recounts your dad’s “11th hour theatrics” during the 2008 election, among many other of your dad’s temper tantrums:

Last year, after barging into a bipartisan meeting on immigration legislation and attempting to seize the reins, McCain was called out by fellow GOP Sen. John Cornyn of Texas. “Wait a second here,” Cornyn said. “I’ve been sitting in here for all of these negotiations and you just parachute in here on the last day. You’re out of line.” McCain exploded: “Fuck you! I know more about this than anyone in the room.” The incident foreshadowed McCain’s 11th-hour theatrics in September, when he abruptly “suspended” his campaign and inserted himself into the Wall Street bailout debate at the last minute, just as congressional leaders were attempting to finalize a bipartisan agreement.

Don’t let the Senator’s pristine “character” cause the key words in this article to be glossed over—“September” and “suspended his campaign.” Nobody quits a Presidential campaign with only 2 months to go!

Nobody but John McCain.

McCain handed over the election—free and clear—to a community organizer who never held a real job a day in his life.

Look Meghan! Look at how much this hurt people! Not only the voters, “McCain for President” campaign donors and volunteers, but Americans throughout the country. Obama’s failed presidency never had a single day when America was not at war somewhere. (Johnny boy loved that!) If you find time in that ivory tower of yours, ask American families who place flowers on graves every Memorial Day if they were hurt by this farce of a candidate.

Admittedly, in 2008 I voted for Sarah Palin, not the lackluster, towel-throwing-in GOP Presidential candidate. (Hindsight is 20-20 and I understand more every day why President Trump doesn’t like people who give in to the enemy, i.e. people who are captured.)

McCain spent an entire political career cozying up to the media power structure in Washington, New York, and Hollywood. Then when he finally ran, expecting that he would be treated with dignity and respect for capitulating on core conservative principles, the media treated him like a mutt. (Righteous Indignation, Kindle Edition, 216)

Obviously, McCain’s attacks on President Trump served two purposes: 1) placated his egoistic bitterness toward the 45th President, and perhaps more importantly, 2) he once again enjoyed the cozy warmness of the mainstream media.

Sarah Palin (did I mention I voted for only her in 2008) was the total opposite of her lackluster running mate. Again, Andrew Breitbart wrote:

…meeting her for the first time backstage, I told her now much I admired her refusal to cave in the face of repeated attempts by the media to assassinate her character, and that by her refusing to accept that they were shooting real bullets, she was teaching fellow patriots… that  they could withstand similar predictable attacks. Regardless of what Palin represents to the political future of the Republican Party and the conservative movement, her cultural impact has been extraordinary.  (ibid, 216)

Which made it that much more heart wrenching, when, in early 2018, it was reported that Mr. McLackluster himself, with only a few breaths left in his 5’9” short-man-syndrome body said that he “regretted” choosing Sarah Palin for a running mate. McCain said that choosing Palin over Joe Lieberman was “another mistake” that he made in his political career.

Tony Lee of Breitbart News wrote that “former Alaska Governor Sarah Palin reportedly said that hearing about Sen. John McCain’s comments about regretting putting the populist icon on the 2008 ticket is like a “perpetual gut-punch.”

Of course, like Mitt Romney used Trump in 2018, McCain used Palin’s immense popularity in 2010 to win the Arizona Senate election. Romney, McCain? Character? Excuse me while I go for a barf bag.

When McCain passed in August 2018, Palin tweeted “Today we have lost an American original” in praise and respect of her former running mate. That’s character, btw.

But just like an it’s-all-about-me McCain and bitter to the end, conspicuously, Palin did not receive an invitation to the funeral, and was told through intermediaries to stay away from the ceremony. (Ouch!)

Most people forget the losing VP of any presidential race. But no one forgot Sarah Palin. She’s a tried and true patriot. A patriotic icon of the highest degree.

But mavericks must have the last word, right? Surely Meghan knows about words, the way she lectured Trump Jr. and all.

Talk about hurting people? Look at how much Sen. McCain’s words must have hurt Sarah Palin, who is way more popular than Lackluster ever dreamed of being. By default, it hurt her many fans and fellow patriots, those of us who voted for her in 2008.

Yep, I miss that character in America too, Meghan. That soul of America that you wax eloquently about, or at least the person who scripts questions on The View’s little blue cards. (Honestly, I never thought Joy Behar could think for herself, but you? I’m disappointed.)

I Promise to Repeal Obamacare (for 7 years) But I Much Rather Screw Trump!

Of course, we can’t forget the fateful vote on the repeal of socialized medicine—Obamacare.

McCain campaigned on repealing Obamacare for 7 years. For 7 years, “I promise to repeal Obamacare!” But when push came to shove, when his word actually meant something, Maverick McCain voted against the American people. Similar to his 11th hour theatrics to excuse his irresponsible suspension of the 2008 election (in order to protect lobbyists), these 12th hour theatrics insured the continuance of a failed community organizing wet dream to destroy the middle class of America.

John McCain chose a big “Screw You!” to President Trump and the GOP over choosing to do what was best for American citizens, not to mention proving, if anyone doubted, that he had zero integrity.

And let’s not forget McCain’s part in perpetuating the Steele dossier. As soon as he heard about it, he sent an aide—using taxpayer $$money—halfway around the world to get a copy. And as soon as he got his grimy little hands on it, he sent it to the FBI—without questioning it. Little did he know, the other deep staters were way ahead of him. But the fact remains, the Maverick was all in for the coup.

We all know the trajectory of the Steele dossier—abuse of U.S. intelligence agencies, putting We The People’s national security at severe risk, Mueller witch hunt, vicious fake news, millions of taxpayer money wasted on a hoax, and the ultimate tragedy, the Do-Nothing Democrats taking the House in 2018.

But Meghan, you have your dignity, right? After telling Don Jr. off the way you did? You can look yourself in the mirror, right?

Now look at what is happening on Capitol Hill. Nothing but a huge hoax. There is no legislation helping American taxpayers and workers and students, etc. A lot of nothing.

But there are things happening in the rest of the country, for instance, the very real border crisis. For every person robbed, raped, or murdered by an illegal alien, for every ICE officer killed or wounded, for loss of jobs and reduced wages because of illegal aliens, for deaths due to Mexican gangs and/or drugs that have crossed the southern border into the U.S., the bitter Sen. John McCain is directly responsible—not alone, but a chief of the cabal of Trump haters who blame the loss of RINO aspirations on the voters of the United States!

For God’s Sake! Look At ALL The People John McCain Has Hurt!

Meghan! Look at ALL the people your dad has hurt.

And Meghan, the question asks itself—

How does that make you feel?

Of course, go ahead and lecture the rest of us, via Donald Trump Jr., from your less than stellar high moral ground. But remember this—you have that lectern for the same reason that Hunter Biden was appointed to the board of Burisma—your last name. (Is that why you’re bitter? Because you didn’t make it yourself?) The way things look to me, as I sit way below your pedestal looking up, you really shouldn’t be talking to ANY body else about character and the soul of America.

character, Donald Trump Jr., hypocrisy, John McCain, Meghan McCain, self-righteous posturing, soul of America, The View Culture, Legion, Politics, Progressives, Sarah, Sarah Talking, US Comments Off on Meghan Is A Typical McCain: It’s All About Me (And Getting In The Final Dig) Print this News
Donald Trump Rallies Evangelicals In Florida: ‘We Have God On Our Side’ Previous News
Next News CNN “Religion Commentator” Edward Beck Slanders Christians: Throws the Body of Christ Under a Bus 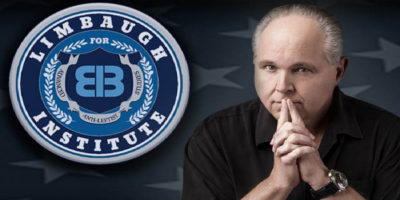 We Face the Threat to Our Culture Right Now, Not in the Future

RUSH: We’re doing Open Line Friday on Wednesday today. This is my last program, live program this week. Got a best-of show tomorrow. Who did we con into coming here on Friday, Mr. Snerdley? (interruption) Jason Lewis! We conned Jason Lewis into coming up on Friday to guest host. (laughing)   Now, look, folks. IRead More