85 Is Past Time To Retire

Contemptible Ruth Bader Ginsburg Should Be Held In Contempt 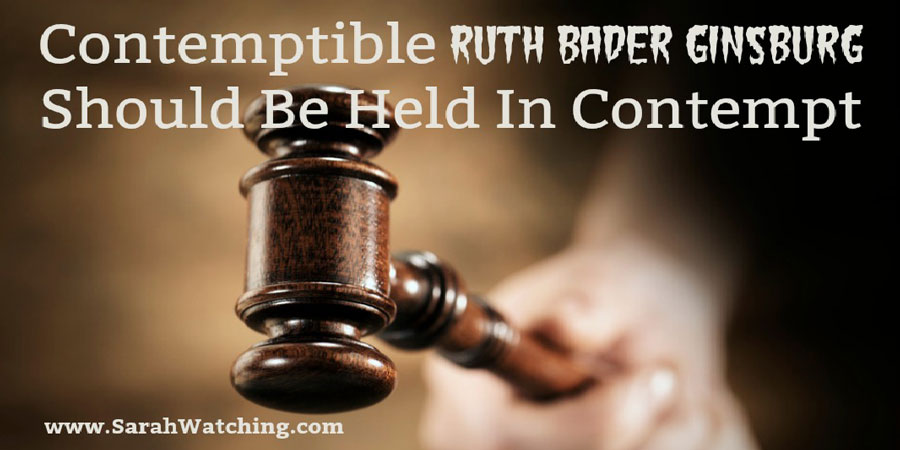 Alienated From The Fundamental Principles She Swore To Uphold

You would think that a U.S. Supreme Court justice who took an oath to uphold the U.S. Constitution would see that as her highest calling. Not to mention the privilege of growing up in such a wonderful country and being called to maintain its freedoms for generations to come.

Bill Left Us With More Than Gross Cigar Jokes

Of course she was appointed by the corrupt pay-to-play who loved-to-play president (who doesn’t deserve a capital “P”) bill clinton. Good ole’ Bill! We thought he was a good ole Baptist boy from Arkansas.But wife Hillary, an abominable animal,  spreads dirt, grime, treason, and corruption on anything or anybody she comes into contact with–and Bill is certainly no exception.

Bill has his private and public lives too. Hillary had already dirtied him up with the lust for money, Alinsky tactics, and the Communist dream.  I could go on and on.  The point though is this–good ole country boy and Communist Bill Clinton appointed Radical Bader Ginsburg.

In his book “Take No Prisoners: The Battle Plan For Defeating The Left,” David Horowitz explains that in 2012, liberal justice Ruth Bader Ginsburg and her translational theory of “living constitution” provided a glimpse of how progressives would alter the constitution.

In the same year, 2012, after Barry Hussein helped the Muslim Brotherhood ascend to power in Egypt (not to mention the Brotherhood he helped to ascend to power in the White House and surrounding buildings) they pretended to be interested in adopting a new Constitution. Now everyone knows that the Koran is their constitution, but the whole “new constitution” was nothing more than an appeasement sham for all the money they had been given. (note to reader: they weren’t trying to appease Hussein O).

The Muslim Brotherhood asked Radical Bader Ginsburg for her advice about a new constitution for Egypt–as if a) they were serious and b) they would take advice from a woman. Bader played along saying she would NOT recommend the U.S. Constitution. 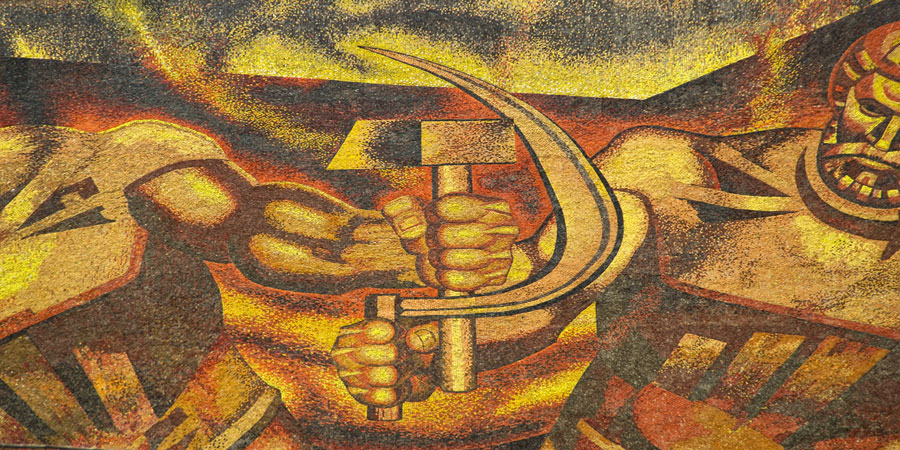 Yes, a U.S. Supreme Court justice, appointed to uphold the U.S. Constitution, said she would not recommend it.  Why? Because it is old. (Has Ruth looked in the mirror lately? Oh say the last 30 years?) Instead she would recommend the constitution of Communist South Africa.

Below are excerpts from her answer and the video can be found here:

US Supreme Court Justice Ruth Bader Ginsburg to Egyptians: Look to the Constitutions of South Africa or Canada, Not to the US Constitution

Following are excerpts from an interview with US Supreme Court justice Ruth Bader Ginsburg, which aired on Al-Hayat TV on January 30, 2012.

Ruth Bader Ginsburg: It is a very inspiring time – that you have overthrown a dictator, and that you are striving to achieve a genuine democracy. So I think people in the United States are hoping that this transition will work, and that there will genuinely be a government of, by, and for the people.

I met with the head of the elections commission. I think that the first step has gone well, and that elections have been held for the lower house that everyone has considered to be free and fair. So that’s one milestone, and the next will be the drafting of a constitution.

I can’t speak about what the Egyptian experience should be, because I’m operating under a rather old constitution. The United States, in comparison to Egypt, is a very new nation, and yet we have the oldest written constitution still in force in the world.

Let me say first that a constitution, as important as it is, will mean nothing unless the people are yearning for liberty and freedom. If the people don’t care, then the best constitution in the world won’t make any difference. So the spirit of liberty has to be in the population, and then the constitution – first, it should safeguard basic fundamental human rights, like our First Amendment, the right to speak freely, and to publish freely, without the government as a censor.

You should certainly be aided by all the constitution-writing that has gone on since the end of World War II. I would not look to the US constitution, if I were drafting a constitution in the year 2012. I might look at the constitution of South Africa. That was a deliberate attempt to have a fundamental instrument of government that embraced basic human rights, had an independent judiciary… It really is, I think, a great piece of work that was done. Much more recent than the US constitution – Canada has a Charter of Rights and Freedoms. It dates from 1982. You would almost certainly look at the European Convention on Human Rights. Yes, why not take advantage of what there is elsewhere in the world?

Can You Believe That?

Do you think liberals or Democrats pushed back against such an atrocious comment? Not a word.

Do you think Ruth’s three progressive colleagues on the Court pushed back? Not a word.

Only conservatives expressed disdain over Ruth’s ludicrous suggestion that the South African constitution being used as a model for “a government of, by, and for the people.”

Horowitz says “…American’s constitutional rights are expressed not as socialist entitlements but as restrictions on government,,, The rights of Americans–the rights that secure their freedom–are bestowed not by government, which could then take them away, but “by their Creator.” The conviction that individual rights are derived from “Nature’s God” and not from the state is what separates America’s Constitution from the constitutions of tyrannical regimes.”

Unfortunately, four Supreme Court justices are in agreement with Bader and do not support the U.S. constitution. Like Bader they are Communists (Liberals, Democrats) whichever name you like best, there is no difference.

Besides making you angry about one of the fake “justices” sitting on the highest court of the land, I hope it inspires one other thought.

Never, never, never again can a Democrat/Liberal/Communist sit in the Oval Office. Never!

Democrats/Liberals/Communists are users and manipulators of people and will stop at nothing to win votes. Their social justice and entitlement polices are a means of growing government with the end of America being a socialist nation. (Remember they lie!) Entitlement programs are for making people dependent and weak and never for actually helping people. In fact these policies’ effect on people’s lives are morally repulsive, life-destroying programs that are inhumane and unjust.

The “international” deals and accords are nothing more than ploys to entangle America in world traps, where America is responsible for most of the money. Paris Climate Accord? Seriously? Think about it and it is not hard to see what is going on.

Never again can the United States risk allowing a Communist to be given a lifetime appointment to the Supreme Court. Never. Regardless if you love or hate the candidate, you must vote for a non-establishment Republican.

85 Is Past Time To Retire