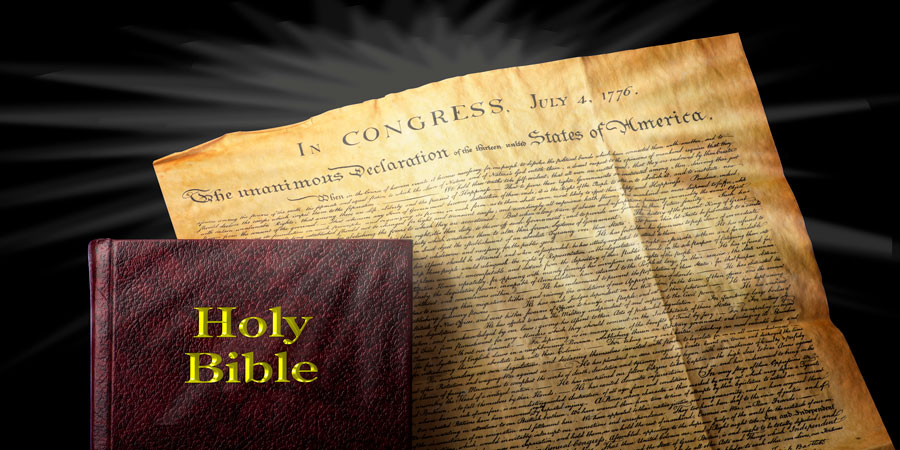 Religious Liberty In The U.S.

For those of us who care that religious freedom be upheld in the U.S., it is most instructive to read Supreme Court rulings, legal cases, congressional hearings, and documents related to Constitutional religious liberty.

It is important to educate ourselves in the nuances of Constitutional Law as it pertains to religious freedom (and other liberties) so that we recognize when Democrats and others  are overstepping their bounds—whether in Washington D.C. or our own day-to-day context.

Because Obama despises the U.S. Constitution, Christians, and Jews—perhaps not in that order—he overtly trampled on the first amendment religious liberties of all Americans. Think Little Sisters of the Poor and Hobby Lobby.

Not leaving anything to Hussein O’s underhanded and undisclosed methods, Sessions writes “Consistent with that instruction, I am issuing this memorandum and appendix to guide all administrative agencies and executive departments in the execution of federal law.”

The document begins by stating the principles of religious freedom:

“Religious liberty is a foundational principle of enduring importance in America, enshrined in our Constitution and other sources of federal law. As James Madison explained in his Memorial and Remonstrance Against Religious Assessments, the free exercise of religion “is in its nature an unalienable right” because the duty owed to one’s Creator “is precedent, both in order of time and in degree of obligation, to the claims of Civil Society.” Religious liberty is not merely a right to personal religious beliefs or even to worship in a sacred place. It also encompasses religious observance and practice. Except in the narrowest circumstances, no one should be forced to choose between living out his or her faith and complying with the law. Therefore, to the greatest extent practicable and permitted by law, religious observance and practice should be reasonably accommodated in all government activity, including employment, contracting, and programming. The following twenty principles should guide administrative agencies and executive departments in carrying out this task. These principles should be understood and interpreted in light of the legal analysis set forth in the appendix to this memorandum.”

Following this statement, the 20 principles list what the government can and cannot do in regards to religious liberty. Here are the first two (#2 should assuage the FFRF and other pious atheists):

1. The freedom of religion is a fundamental right of paramount importance, expressly
protected by federal law.
Religious liberty is enshrined in the text of our Constitution and in numerous federal
statutes. It encompasses the right of all Americans to exercise their religion freely, without being coerced to join an established church or to satisfy a religious test as a qualification for public office.It also encompasses the right of all Americans to express their religious beliefs, subject to the same narrow limits that apply to all forms of speech. In the United States, the free exercise of religion is not a mere policy preference to be traded against other policy preferences. It is a fundamental right.

2. The free exercise of religion includes the right to act or abstain from action in accordance
with one’s religious beliefs.
The Free Exercise Clause protects not just the right to believe or the right to worship; it
protects the right to perform or abstain from performing certain physical acts in accordance with one’s beliefs. Federal statutes, including the Religious Freedom Restoration Act of 1993
(“RFRA”), support that protection, broadly defining the exercise of religion to encompass all
aspects of observance and practice, whether or not central to, or required by, a particular religious faith.

Here is the entire memorandum.

Memorandums such as these help stay the encroachment of modern day liberals—far-left Democrats, Muslim supremacists,  communists, fascists, socialists, entitled ones, uneducated ones, ill-educated ones, and elites—on religious freedom. In the end, however, it is God who protects our religious freedom, not a piece of paper.

Enjoy reading it. You will be glad you did.